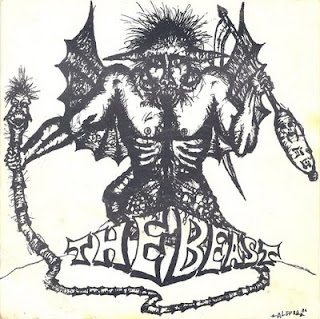 Well they certainly look the business.

Scott Ruth went on to Ripping Corpse whose Dreaming With the Dead album I really need to hunt for because it slays and I haven't heard it in an age. So I'm really going to have to listen to this one too.

I've been in touch with one of the members and i'm currently trying to track down some fabled "live" tapes and other studio tracks!

who knew Jersey would spawn anything besides Kevin Smith,Roschach, and DxAx?

Yay, mr. Hearse is back! I was getting worried :)

I think this file might be corrupt.
It's a total shame because your write up had me foaming at the mouth to hear this.

The singer puts this one above the rim. Those comparisons are appropriate.

Good to have you back on the web.

I didn't even think something from this era could be SO simultaneously HM and HC - absolutely superb. As for Mr. Ruth I think you honed in on his style pretty well, I'd ad one comparison though: Keith Morris without the nasal anti-war whine (at least on Radical Man).

Also - great to have you and my favorite daily routine back! Long live the hearse! Great meeting and hearing your crazy Hickey story in Montreal.

Welcome back to your own blog! Let the good times roll!

I was not ready to fall in love, but I did. I really did. THE BEAST!

I fell in love with THE BEAST!

i see how you are, you little blogcock tease

hope all is well, dammit!!!

Great record. Makes me proud to have spawned from the Garden State. Glad to see the blog back up and running!

are the jazz posts coming back too? I followed this blog for the jazz.

Thanks for the information... I really love your blog posts... specially those on Local Tamil News