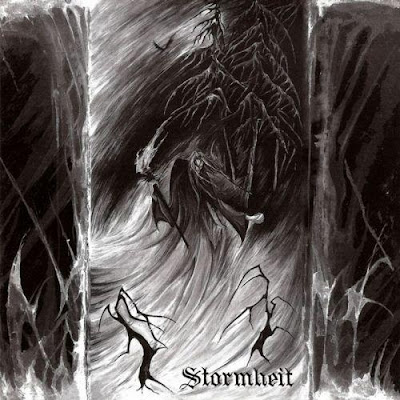 Branikald are part of the notoriously sketchy Blazebirth Hall scene. Mainman Kaldrad operates in Forest. Although Kaldrad's political views are clear, Branikald deals in non-political subjects such as depression, nature, and the esoteric. The music is hypnotic and evocative, not unlike Forest. Stormheit was Branikald's first release, maybe their best. You decide.
Here
Posted by Aesop at 1:02 AM

honestly a hard one, i have loved all their albums but i have always stuck with the second full length

There's a great feeling of pride in this one. I really enjoy the mid-tempo stuff in this compared to the constant hammering of the other releases. Flawless band either way.

I love this album so much.

This is one of the sickest demos ever, hands down.

hey man if possible re up some of these nsbm cds I fucking love their sounds.