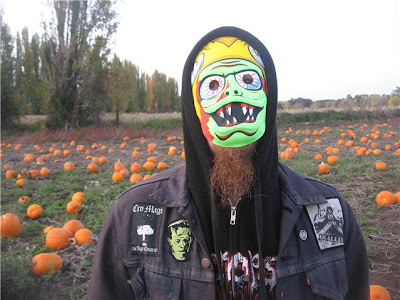 Great stuff, some heard and some not.

That picture is awesome. Enjoying the mix now. For some reason iTunes isn't grouping 2 and 3 of Part 1 to the others of that part, but whatever. Come to think of it, maybe that is what is missing here— some PART 1!!

Devil's Night in Detroit isn't what it used to be, but it's for the best. I'm gearing up. Thanks for the fix.

Awesome mix. Thsnks to the both of you.

Awesome mixtape, and a ton of bands to check out!
Tags are a little messed up sometimes, but oh well, thanks for posting.

You are God thanks.

The fact that you included some Screamin' Jay Hawkins proves that you are a man of refinement and good taste.

Maybe it's just me, but the female vocals on this Deadmask song sound like Madeline Kahn in Blazing Saddles.

I'd love to get in on some of that Arkham Hearse tapage, if possible.

Hell of a mix, thanks. Black Mass always warms my heart.

Just to echo what everyone else said, this was really enjoyable. I really liked the Lebenden Toten song, but life should always include more Clara Rockmore....

I think I'm going to link this from my blog.

Thank you Dennis Dread for even breaking this down into individual tracks! Suspiria (which is on this blog), the Roky Erikson track from an ace movie and the odds and ends.

Dennis I've been extolling the virtues of English Dog's Forward Into Battle to whoever will listen. "The magic, the power of the master - enacted by the hounds of lucifer!" Beautiful. Figures you would be into this lost gem. - Mitch (ATL)