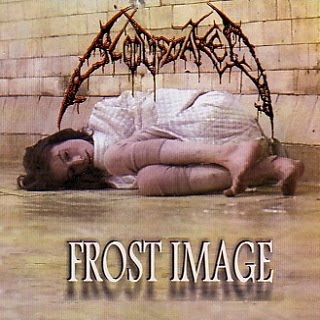 Bloodsoaked may be Mexico's first Death Metal band having formed in 1989. The band's brief three year career yielded a demo, a full length, and an EP, and all are awesome relics of putrid Death Metal. 1993's Frost Image is a bit murky in the production, has a few questionable riffs, and that cover art is weak, but beneath these issues lies a decent early '90s Death Metal album.
Here
Posted by Aesop at 12:00 AM

A friend of mine was a member of this band. He lives here in Seattle now and has a band called Sol Negro, they're worth checking out.

Wasn't so into this one when I first heard it, but I'll give it another try. Cheers.