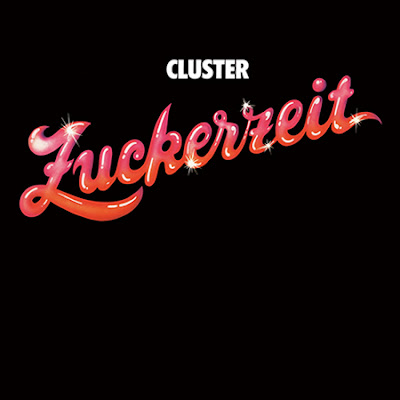 Never mind that Brian Eno claims it is one of his favorite albums, that it had a huge influence on modern electronic music, that it is wideley regarded as one of the most important albums to come out of the fertile Krautrock scene. Cluster's 1974 album Zuckerzeit is just a great record to put on when you are loafing at home, playing chess, or pretending you are the protagonist of a future dystopian action film made in the '70s.
Here
Posted by Aesop at 12:04 AM

Great post dude - thanks for putting this up. I've been meaning to check Cluster out ever since I watched this BBC Krautrock docko. Have you seen it? It is really great - as is Cluster.

Great release! maybe there is hope "Zeit" will see an appearance on the Hearse yet! Thank you for posting!

I'm of the firm belief that the future was better in the 70s.

Kissing cousins of the mighty Kraftwerk?

What do you mean, "pretending?"

The 70's were the highlight of civilization.

Pretending I am the protagonist of a future dystopian action film made in the '70s is what I do no matter what I'm listening to and is why I am currently single. But this sounds very promising, so it's getting downloaded right this second.

Geez check out the cool anonymous kleiner junge who posted first. next time try something helpful like "I like Cluster but interested parties should check out Harmonia too' dude.

fantastic album. out of all the krauters Cluster make some pretty easy listening stuff. and by that i mean, you can listen to a whole album on LSD without freaking out half way through. beautiful.