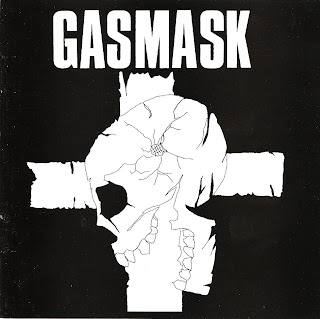 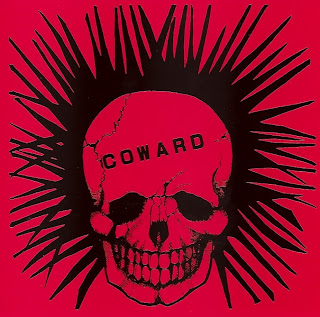 This cool little MCR Company split CD collects the recorded works of two very feral and raucous Japanese hardcore bands from the '80s, Gasmask and Coward. Both bands hailed from Osaka, and originally released EPs on the Skeleton label. The Gasmask portion of this CD contains their amazing 7" EP, two live songs, an unreleased track and two collaborations with Coward called Cowmask. On the Coward portion you get their 7" EP (sometimes called Voice), which was posted here way back when the Hearse first rolled out of the garage. You also get two tracks from the Ninngenn Omnibus compilation, some live stuff, and three collaborations with Gasmask called Gasward. Both bands are absolutely crazy great but if I have to declare a victor, I'm giving it to Coward for having a cooler skull on their artwork.

I love MCR company for these kinds of releases. The S.D.S. collection is another good one. Compilations,collections,you name it. They are all pretty good........

just a heads up, i'm getting a "file not found" error on Z-share for this one. big MCR fan here too so i'm hoping it's just a temporary issue... cheers

Working fine for me, try it again.

ok, nevermind... getting a message now that they're updating their servers and to try again later. so that's what i'll do. cheers.

why does the kana on the link say "Fuck Off?" lol

JMD, what was the name?

dope shit..hey aesop,do you think you could link my blog again?..

im puttin it back together and would appreciate it..thanx maing!!

This is exactly what I need right now. COWARD are fucking amazing. Thanks for putting this up.

Yo, the zshare page is up again,but I can't download the file.

thanks for puttin it on megaupload,but the song files can't play when I download the file. I keep gettin an error message saying File not specfied

I don't know what to tell you, Jenny. I just downloaded it and dragged it into my iTunes and it worked fine. Maybe someone else has a suggestion?

thanks 4 visit my blog aesop

and thanks 4 this fucking great one!!!

Looks like another m4a file-for some reason, I NEVER can get these m4a things to work. I have a program that upzips and unpacks all other files. Any suggestions? Thanks.

I use a MacBook. When I insert a factory made CD it imports as m4a's, NOT mp3s. If anyone knows how to rectify this at this stage then I welcome it. Otherwise, I recommend the program Switch. Switch transforms any sound file into any other kind of sound file and it is easy to use.

Hey, can you re-up this? Been wanting to hear it for a long time!

Your Japanese selections are great. Appreciate all the good shit