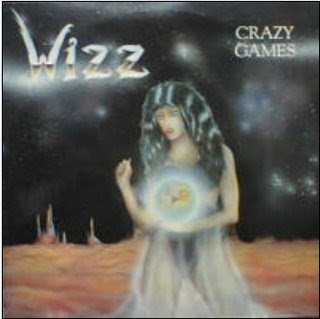 Here we have Wizz, a lost Swedish band named after pee, and their one and only album, Crazy Games. Outside of the ever-present Jon Lordian keys that coat Wizz's sound in a cool retro veneer, it's a fairly average record. However these are some fun songs, and you get a few peak moments from singer, George King (not to be confused with King George who was King of Great Britain and King of Ireland from October 1760 until January 1801.) Of course it bears a degree of class and refinement that seemed to be present in many of these early Swedish Metal bands, and lacking in American and British bands from the same period. Kind of reminds me a bit of Rainbow (the band, not the meteorological phenomenon that causes a spectrum of light to appear in the sky when the Sun shines onto droplets of moisture in the Earth's atmosphere). Come on, take a Wizz.
Here
Posted by Aesop at 3:26 AM

Here's that Don Covay - Superdude album. Haven't listened to it yet, but I do have high hopes based upon the album title and your description of that single.

The only Wiz I like was the one on Seinfield.