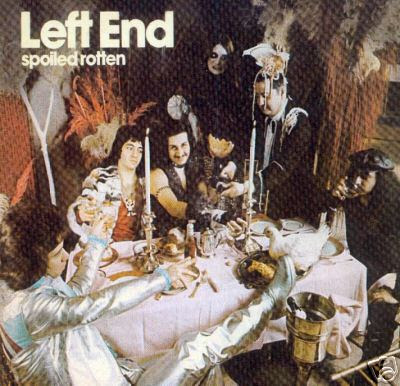 Left End hailed from Youngstown, Ohio. Their 1974 album, Spoiled Rotten, is a buried treasure chest of macho proto-metal glam bar-rock gold. At times like Aerosmith, at times like Billion Dollar Babies-era Alice Cooper, or Led Zeppelin, and even branching into territory later explored by The Dictators. There is an appealing arrogance and pomp to this collection of rocking numbers that is undeniably fun. A great album that deserves a second chance. Here
Posted by Aesop at 12:10 AM

This seriously rock the fuck out. Reminds me of a more harder rocking Humble Pie. A hit!