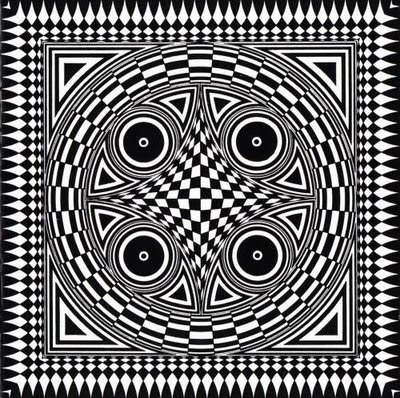 Esoteric's lumbering death dooooom starts here with their first full length from 1993 called Epistemological Despondency. And while most of the music lurches and pummels with a low end trudge, Esoteric saw fit to add a bit of strange effects and the occasional shift in tempo to keep this massive release from growing stale or repetitive. Such an odd introduction and mission statement, but thoroughly effective. Should be hailed as monument of avant dark, but will probably remain an obscure relic to be treasured by an elite few.

YES. This band has been slightly forgotten of late.

I had only heard Subconscious..., it's good to hear something else by these masters.

One of my favorites. Worth a few bong rips and a long afternoon.

Goes well with weed and gore videos even though the ending bit seems more related to the depressive album theme.

Thanks. Can't wait to listen to this.

this is really cool.
this old dude has a bit of a rough time listening to some of the more chaotic black metal and grind death stuff these days, yet this stuff is really soothing (in an evil kinda way).
it reminds me of the band Winter, without the guitars.
thank you for the introduction.

IS that a glockenspiel on "Lamented Despondency?" Maybe it's just wooden blocks. Either way, it is terrific.

Woah. I have long sought this after owning it in '93. Probably stolen from me or sold for drugs.. you know how it goes. Impossible to search for as a band name.. so glad I was trawling here. Many thanks.

This was just put out on vinyl.

i downloaded this a while back and its turned into a favourite for sure. i love the copious use of effects.