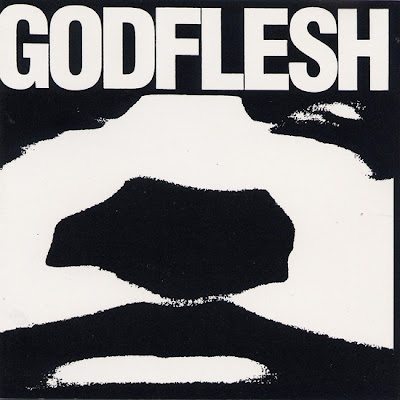 Justin Broadrick, bored and frustrated with the bands he'd been doing, called his friend GC Green in an attempt to get Green to include him in a reformed version of Green's band Fall of Because. There were some problems keeping a steady line up and soon Green and Broadrick found that the two of them worked well as a duo with a drum machine, Godflesh was born. This debut only hints at the monstrous machine the band would later become.

I only have the Earache reissue cd of this, but would love to have it on wax sometime. Avalanche Master Song has the most killer drum machine intro ever! Ice Nerveshatter seems to be the uncle of Like Rats and Wounds has a pulsating vibe that it would get anybody to dance while being bummed out with clenched fists.

Yeah i have the Swordfish vinyl...Love everything about this band. Godflesh changed the way i listened to heavy music. Godly.

This is a beast!!

And I had to take Streetcleaner off my blog, but oddly not this one.

got this on vinyl at the weekend, it's fucking brilliant. Gutted I missed seeing them play live again this year..

One of my favorites! Thanks for sharing. Check out a movie called Hideaway, Godflesh have a cameo.

This is awesome. Thanks.

ps. I really want to know what is tattooed on your neck. I've never had the pleasure of meeting you face to face to see.

i saw them live in 1999, before Green left. it was in Belgium, Dour festival, and it sucked : they played on the main stage (lightning "virgin cola" everywhere), weather was fucking hot and they had problems with their gear... or maybe Belgian weed was too strong...
Anyway, they drove me away from my "exclusively metal" teenagehood. thanx for this.

One of the best records ever. Thanks for putting this up; I lost this to the ex-wife in the divorce.