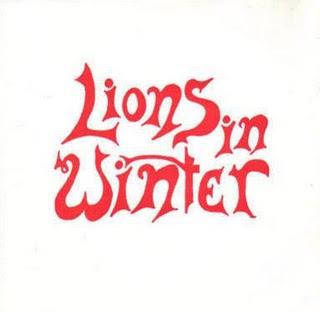 Here's another favorite NWOBHM EP, Bleak House's Lions in Winter. Bleak House's career can be traced back to 1972 when they operated under the name Rasputin and favored a more acid rock sound. Lions in Winter, however, is about as NWOBHM as a record can get. The opening track "Chase The Wind" sounds like slower Diamond Head. "No Reply" utilizes that slunky "city at night" groove and some lyrics about some sketchy bird that has run afoul of our protagonist, Graham Shaw. "Down to Zero" is a stomper that is sure to have all the punters down at the pub banging their heads and raising their fists. "Flight of the Salamander" is the ambitious closing epic instrumental. Lions in Winter gives a an accurate picture of what NWOBHM is all about in just under fourteen minutes. It is a great place to start if you are unfamiliar with the scene.
Here
Posted by Aesop at 2:17 AM

Thank you for another essential article. Where else could anyone get that kind of information in such a complete way of writing? I have a presentation incoming week, and I am on the lookout for such information.

This is just what the doctor ordered. Almost "Camel-ish" vibe too.

As always, thanks for your tireless posts, they're ever a bright spot in the day. Looking forward to this, never heard 'em. Fantastic performance last night at Bottom of the Hill, by the way.
-T

Nice. I go off on "genre tangents" when listening to new stuff. Now it's back to a NWOBHM phase. I am going to listen to all of this shit. Rare as lepherchaun NWO Bowel heavy movements singles. wooo-hoooo!!!!!