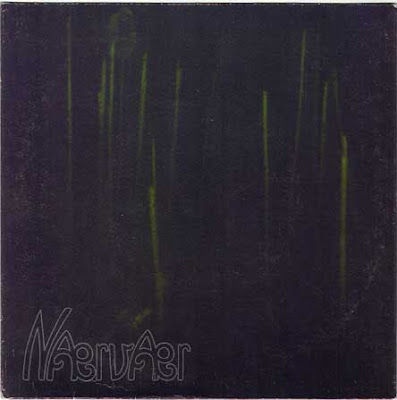 This very evocative release comes from Naervaer, Norway's greatest neo-folk outfit. The band was formed by In The Woods members, and you can definitely hear similarities between the two entities. This self-titled EP was released in 1997, the same year In The Woods released their colossal second album Omnio. This almost works as a companion piece to that recording. Naervaer's debut is absolutely gorgeous, maudlin, impassioned, and wholly perfect. This should not be passed over.
Here
Posted by Aesop at 12:09 AM

I have their first cassette somewhere, which is brilliant as well. I have to look through my boxes.

Wow, this is really great; very mellow and enveloping. I love the bass playing on the second song and will need to find more of their music.

Been diggin' a lot of the neo folk stuff. Thanks.

the shame I feel for not knowing of this is immense... thank you for righting this wrong.

Great stuff -- thanks for turning me on to it.

So what are some other good bands in this vein?

Maybe, Empyrium, Neun Welten... also check In The Woods if you haven't already.

Thanks for the recommendations. Such a great blog, dude!