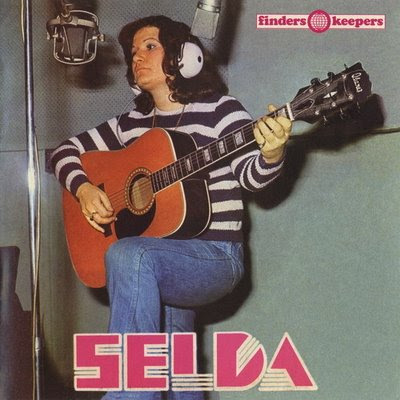 Selda Bagcan is one of the bigger names in Anatolian psych, but outside her native Turkey, the genius of this woman is barely known. Selda is regarded for her scathing indictments of the Turkish government and work with various political causes. Selda isn't just singing about it. In the 1980s Selda was jailed three times and her passport seized. Her best known album (mainly due to the great 2006 reissue by Finder's Keepers) was her 1976 joint simply titled Selda. The album is crammed full of absolutely infectious melodies, masterful arrangements, twists at every turn, and Selda's powerful wailing voice and guitar. I promise that by the opening riff of "Ince Ince" you will be under the spell of Selda, if not then you are fucking dead inside.
Here
Posted by Aesop at 1:06 AM

Wow, this is great!
Thanks Aesop

far out, my dude. thanks.

Great!
Have no idea what she is singing about, though i love it!
It's polka music meets guitar Freak-Out!
Thank you!

so excellent. thanks much!

Wow that riff and singing from "Ince Ince" is used on Mos Def's "Supermagic." Basically without being changed. Thanks for the hookup!

So I just started playing this album. I hear my wife yell from downstairs, "what the fuck?" She's Turkish. I went down to find her doing that hip-thing she does and snapping her fingers. I have a boner now. Thanks, Aesop!

OMF...I creamed when the fuzz hit the fan. Very nice

I love that guitar solo on 'Ince Ince' so much.

This is what I play for people who associate world music with the likes of Sting.

Hey Aesop, do you know much about any of Selda's other releases? This is fucking great, and I'd like to track down more stuff. It seems that this reissue used to be titled Türkülerimiz, but I'm having trouble tracking other albums down.