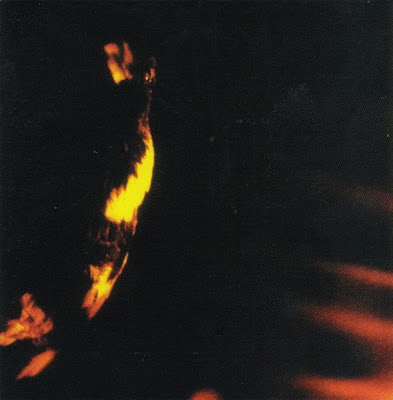 Skepticism, like Esoteric, formed in the early '90s with the intent of creating some of the most deconstructed dooooom the world has ever heard. After and EP and a demo, the band oozed forth this massive shoggoth of sonic bludgeon titled Stormcrowfleet. While the focus seems to be on mammoth tones and unfathomably slow tempos, there is a certain despondency to the material that works incredibly well. The production is sepulchral, conjuring images of vast landscapes, unfathomable dread, and insurmountable sadness. Skepticism are often lauded as the originators of what is called "Funeral Doom" and for good reason, Stormcrowfleet is a monument carved in stone that will survive the ages, forever reminding us just how fucked up things can be. Absolutely mandatory.
Here
Posted by Aesop at 12:02 AM

This album sounds like a severe headcold. Absolutely mandatory is right.

fucking crushingly awesome. finally hearing this after hearing about it for so long. what is on the cover though? cant quite make it out. skull/corpse face? any other stuff of theirs as good as this?

yeah. wouldn't say "dread" is quite the word, at least not for me. there's a feeling of sort of melancholic wonder, sombre but stirring and "lifting" as well.

Brian, I have loved all their albums

If I ever have a shitload of money to blow, I'll host a funeral doom prom. You'll be the DJ, Aesop.

One of my favorite and most-influenced-by albums of all time.

Great band and easy to aquire from distros these days. It's crazy to believe I once owned the "towards my end" 7inch..whats crazier is that I sold it.