Kuolema Is The Finnish Word For Death 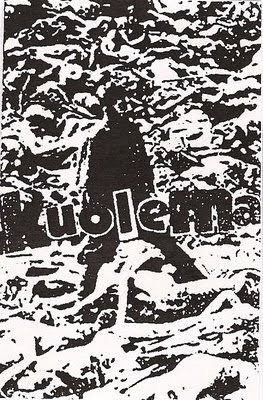 Even though Kuolema hailed from Finland they had more in common with the furious noisecore bands coming out of Japan at the time. Noisy and chaotic drunken fuckery with little or no regard for production is what Kuolema served up. This cassette was released in 1983 in limited numbers and given to friends. In 1984 guitarist Walde fell off a balcony at a raging party and died. The band continued but never released anything quite as cool as this tape. Death punk, pure and simple.
Here
Posted by Aesop at 12:16 AM

Damn, this is great. Thanks!

"Kuolema" is one of my fave Finnish words, alongside "tuska" & "paska".