The only Melvins related post I will ever do has all three solo EPs from 1990 in it. I really really hope you enjoy them, dude. 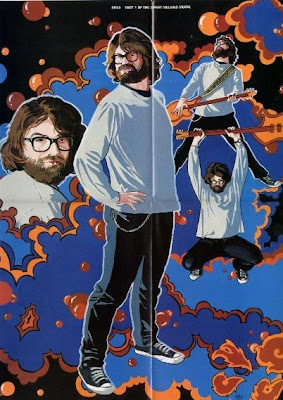 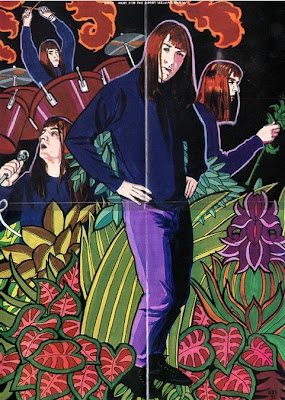 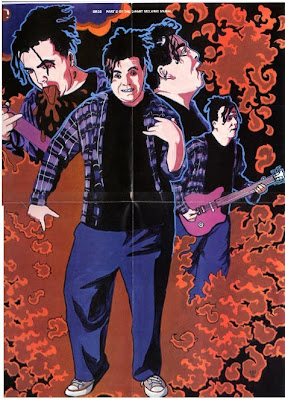 I already have these and they are pretty good

fun fact: skeeter is from dave grohl's "pocketwatch" demo, which has the killer song CB Radio as well

Skeeter was also the name of the absolutely nutters bassist of DC band Scream, of which Mr. Grohl played drums for. I wonder if this song is about him?

the song is definitely about skeeter thompson of scream. the story is about an experience during one of scream's european tours.

The Dale EP only has the first two tracks. Any way to get the other two tracks up for that one?

Bunnypuncher, I'll add those two tracks tonight.
Ahem, I too have a great Skeeter story from a Hickey tour, but I'll save it for another time.

ha! the posters are great. my good friend harvey stafford painted those. i think he did some buzzo'ven covers too. i haven't seen those in a long fucking time.

This is a great collection, my only problem is that the Joe album doesn't seem to want to unzip. Anyone else?

I am cinfused. It's one zip with 3 folders, either that one zip doesn't open or not. I tried it works fine.

methinks anonymous may have exceeded your site's bandwidth limits.

man, i had these in my hands at the record store and put 'em back... regrets regrets... thanks for the post!

also, i can get you copies of the wheelchair motherfucker'z stuff- it might take me a couple weeks to get it all together. my demo tape is well worn, but i already have it digitized. the 1st 7" they put out after that got fucked up during pressing, but they still put it out. then they put out one more after that that kills! i also just FINALLY got my hands on their VHS tape too!!! i'm gonna make dvd's of it. send me yr mailing info to greezus@gmail.com & i'll hook you up with copies- i'll scan all the artwork & what not for ya too... sorry i can't do better than that. i used to watch 'em play & they were one of my favorites... email skeeter: vomitose@charter.net -he still hangs with a couple of the dudes and sells a ton of shit- he might be able to hook you up with originals... did you ever hear the premature baby's? one of the 3 weeks clean guys was in it for awhile near the end, but the 7" skeeter has up for sale (lee, cheat, and steal) is one of THE BEST ever!!! he sells it pricey- i'm in 2 bands with the singer, i might be able to come up with a copy for ya!
anyways, take care, and thanks for all the good yr doin!!!
greeze

Awesome, Greez, I'll be in touch.