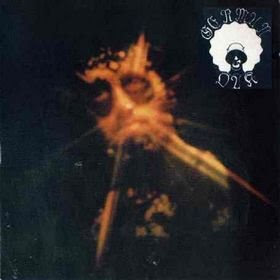 Nibelungenlied is the second (and far superior in my opinion) album by uberkult Krautrock underdogs German Oak. As the title suggests, inspiration came from the epic German poem The Song of the Nibelungs, the same poem that had inspired Richard Wagner's Ring Cycle one hundred years before. This recording is incredibly lo-fi, not unlike much of the black metal featured here on The Hearse. Recorded in 1976, Nibelungenlied may be the first kult black metal record ever made, sonically speaking. Primitive necro death psych to be listened to in the dark.
Here
Posted by Aesop at 12:02 AM

I started my day listening to their first album, and lo and behold, Nibelungenlied turns up here. Thanks.

i had no idea German Oak had a second album!can't wait to give this a listen.thank you Aesop!

I'll check this out after I move the unwelcome snow off my property.

I think you're going to love this one, Mr. Camden.

you aren't kidding... i had no idea about this one either, but it IS way better than the first one. thanks man.

cooool! i have the first album on CD and it is very good! i am really looking forward to this one!
thanks a lot!

ARRRRGGGH! I guess I can only say that I am with the rest of the folks here; didn't even know about this record. Instantly DLing! Thanks a BILLION!

Fantastic stuff, I love all Krautrock and lo-fi, and this is no exception. I am loving the blog, thanks!

You were not wrong; this record hits all my buttons.

1976?
One could issue this record tomorrow as a new release and see it pop up as Aquarius Record's album of the month.

amazing stuff once again!! thanks for running this great blog

Finally got around to listening to this yesterday. Sure doesn't sound like a product of its time. I didn't know they did gritty AND grim in the mid '70's.

That cover is killer...I was sold before hearing the music. What a creepy,sad cover. It makes me think of the Kinks- Death of a Clown. I'm digging the music as well!!! A co-worker of mine turned me onto your site. I have been geeking out on it. Thanks.....I turned some of my friends onto the Cosmic Hearse.

I must say that the whole album has something special, such a relieving dissociative experience each time I listen to. Especially I love the tunes of "Dankwart, Ruediger & Hildebrand", which I consider the perfect soundtrack for these bleak autumnal days.
Thanks Aesop.

Extra points for the corpsepaint-on-mushrooms cover art. This shit's the shit!

late to the game, this is awesome! thanks