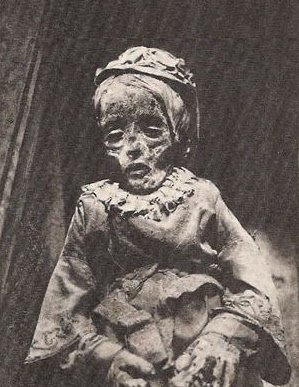 Mighty Sphincter's second release, Ghost Walking shows a bit of evolution from their debut EP. Even more druggy, somnambulant and nightmarish. Kind of like meeting your mom's new boyfriend while you're on PCP. Sort of like waking up with dried BBQ sauce in your briefs. Not unlike having a grand mal seizure in a mascot's costume, and because you're in a costume, no one notices or tries to help you.
Here
Posted by Aesop at 12:00 AM

"Not unlike having a grand mal seizure in a mascot's costume, and because you're in a costume, no one notices or tries to help you."

I didn't see your blog before, I like it, I add you to my blogs links, and I will take the time to see it seriously. :)

holy shit! i had forgotten about the band....

goddamn. a friend of mine has been promising me he'd burn me a copy of this for a month of sundays now. I shall inform him there is no longer any need for him to do so.

Tell that guy that Cosmic Hearse is a better friend.

Wow, is that a mummy on the cover?

truthfully I never heard this band back in the day... probably b/c the name made me think it wouldn't be anything to serious... duly impressed now that I've given it a chance, though... thanks again

thank you for introducing me to this strange and wonderful band.

I had this record when I was younger...been looking for it for awhile now. The sound guy at the club I work at plays this off of my ipod quite frequently.