A mere shadow and reminiscence of humanity 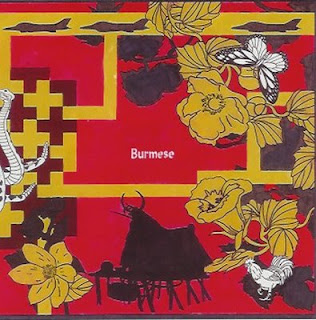 The crippling meanspiritedness of San Francisco's bass-driven beast, Burmese is best exemplified in their pummeling third album A mere shadow and reminiscence of humanity. Burmese, while not being at all metal, display more bludgeoning brutality than a hundred doughy death metal bands culling medical textbooks for grossout band names. Inspired by the sheer negatronic fuckery as Whitehouse (they later released a tribute to Whitehouse album) ,the plodding crush of Harvey Milk, and the methlab grinds of early neanderthal power violence, Burmese are like a particularly brutal prison rape of sound. Ugly, violent, and swathed in an oppressive humidity like Burma itself. Fuck Fuck Fuck!
Here
Posted by Aesop at 12:01 AM

I haven´t seen many descriptions that were more accurate than this! thanks!

These guys sound fuckin´ evil. Their "White" album is a killer.

All Out Ward said...

Great band. My shitty pseud-violence (get it?!) band played with them about 9 years ago and they were super rad, even though they were playing to the other bands and employees of the venue. Check 'em out live if you ever get the chance.